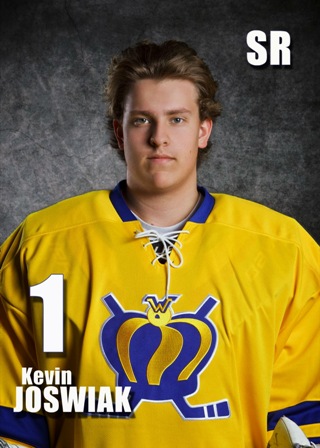 Kevin played goalie for the West Regents for three years.  He also played volleyball at West and was named second-team all conference his senior year, as well as lacrosse for the West/Edgewood co-op club team.  He will be attending Beloit College where he was recruited for lacrosse, and will study Business and Economics.  This summer Kevin will be a camp counselor with the Madison School Recreation Department at their Randall School site.  Kevin played his youth hockey with the Madison Flyers and Polar Caps.